To share your memory on the wall of Eleanor Verdi, sign in using one of the following options:

Provide comfort for the family by sending flowers or planting a tree in memory of Eleanor Verdi.

Provide comfort for the family of Eleanor Verdi with a meaningful gesture of sympathy.

ELEANOR (LYNNE) MARY VERDI
Monday December 10, 1923 to Wednesday June 3, 2020
Eleanor (Lynne) Mary Verdi was born on December 10, 1923 to Bertha and Salvatore Capobianco in Philadelphia, Pennsylvania. She was raised there with her three a... Read More
ELEANOR (LYNNE) MARY VERDI
Monday December 10, 1923 to Wednesday June 3, 2020
Eleanor (Lynne) Mary Verdi was born on December 10, 1923 to Bertha and Salvatore Capobianco in Philadelphia, Pennsylvania. She was raised there with her three amazing sisters.
Eleanor married the love of her life, James (Jim) Joseph Verdi in 1943. While serving in the U.S. Army during WW II, Jim was shot down over Germany, and taken into Nazi prison camp. Due to his condition being unknown, Eleanor was awarded the 'Air Medal' by the U.S. Army, as she patiently awaited his safe return. Thankfully, Jim was released 19 months later, in answer to her many prayers. Soon after, they moved to Havertown, Pennsylvania, where they raised their four children. Eleanor loved her family extravagantly, and was always there as a mom to help them in every way possible. She was an amazing cook, and especially talented at making homemade Italian pasta dishes, sauces and desserts, which everyone loved!
Eleanor became a Supervisor in the Haverford Township School District Food Service, and later a Licensed Dietician at local nursing homes. She was sincerely concerned for the well-being of the people she served, and cared deeply for them. Eleanor and Jim were married 43 years until his death in 1986.
In 1989 Eleanor moved to Los Angeles, California where she enjoyed both living with her daughter Lynne, and being closer to her son Al and family. It was then she was diagnosed with ALS, also known as Lou Gehrig's disease. Eleanor did her best to remain independent, but eventually she lost the use of her arms and hands, and required assistance. The family was very blessed to meet Chuy, and she became Eleanor's primary personal caregiver for the rest of her days. We are so grateful to Chuy, and the many other caregivers who assisted Eleanor in living her best life possible.
One of the highlights of Eleanor's week was attending services at Shepherd of the Hills Church with her daughter. She loved the worship, preaching and the Amen Choir ministry, and was often seen navigating her way around the church in her motorized wheel chair, which she skillfully steered with her right foot. Eleanor surprised everyone when she was baptized at 89 years of age, showing her endearing relationship with Jesus.
When her daughter Lynne became ill in 2015, Eleanor became a resident at the Windsor Terrace Healthcare Center. Eleanor stayed very active attending daily physical therapy sessions, going out on lunch dates and enjoying time visiting with family and friends. She loved listening to and singing along with her favorite music, from Gospel hymns to Frank Sinatra tunes. On other occasions, Eleanor thoroughly enjoyed hearing Bible recordings and great sermons.
The 23rd Psalm became a favorite scripture to Eleanor, especially after the loss of her husband, her son Jim and her daughter Lynne, all to cancer. She quoted the Psalm often, and her friends affectionately called her 'Psalm 23'.
Eleanor was a beautiful inspiration to others, as she trusted God in the midst of her own physical and personal losses. She loved to share these wonderful words of hope: "Jesus said, I am the way the truth and the life, no one comes to the Father, but by Me .....'Amen, Amen'!" (John 14:6)
On June 3, 2020, Eleanor peacefully passed into the loving arms of her Heavenly Father. We love and miss her immensely, and we are thankful she is finally Home.
Eleanor is predeceased by her sister Elizabeth Thompson, her husband James Joseph Verdi, her son James Salvatore Verdi and her daughter Dr. Lynne Mary Verdi. She is survived by her sisters Helen Megargee and Dorothy Jakeman, her son Alfred Joseph Verdi, her daughter Tina Porter (Wayne), her 7 grandchildren Rebekah, Adam, Lisa, Karen, Natalie, Kathleen, Alexandra, her 10 great grandchildren, many extended family members and friends, as well as her cherished caregiver Chuy and son Ivan, whom our family is eternally grateful to for their amazing love and care of Eleanor.
In lieu of flowers, please make a donation to the ALS Association Golden West Chapter: donate.alsagoldenwest.org, or send a check to Shepherd of the Hills Church, 19700 Rinaldi St., Porter Ranch, CA 91326, and please write in the memo: In memory of Eleanor Verdi.

To send flowers to the family or plant a tree in memory of Eleanor Mary Verdi, please visit our Heartfelt Sympathies Store.
Read Less

Receive notifications about information and event scheduling for Eleanor 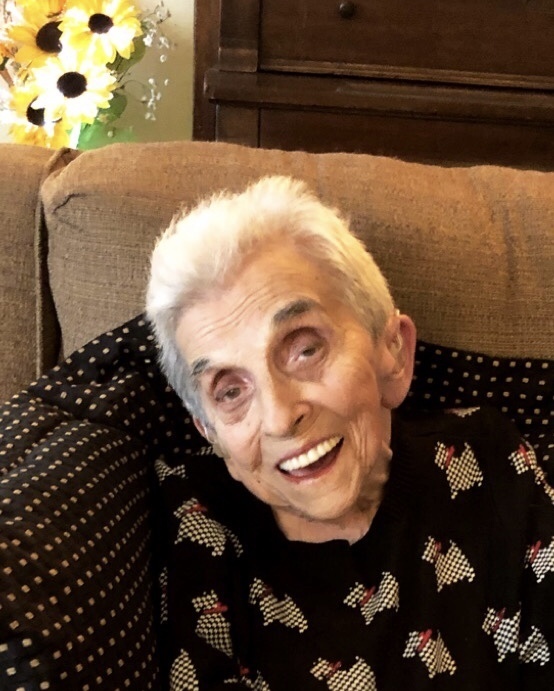 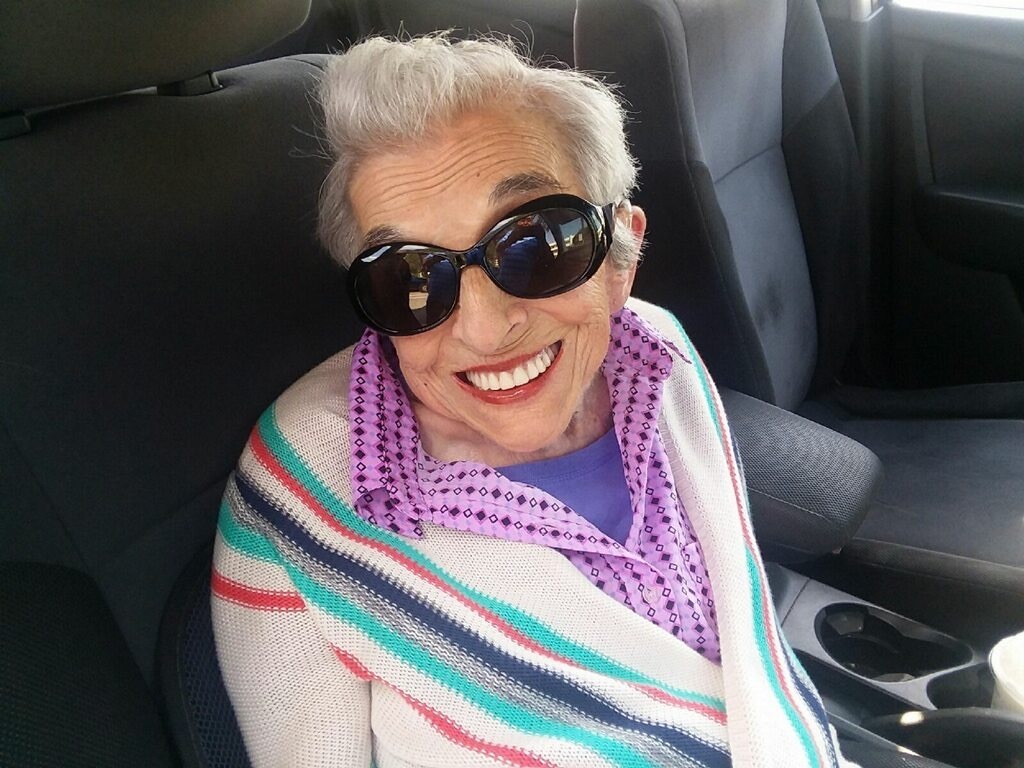 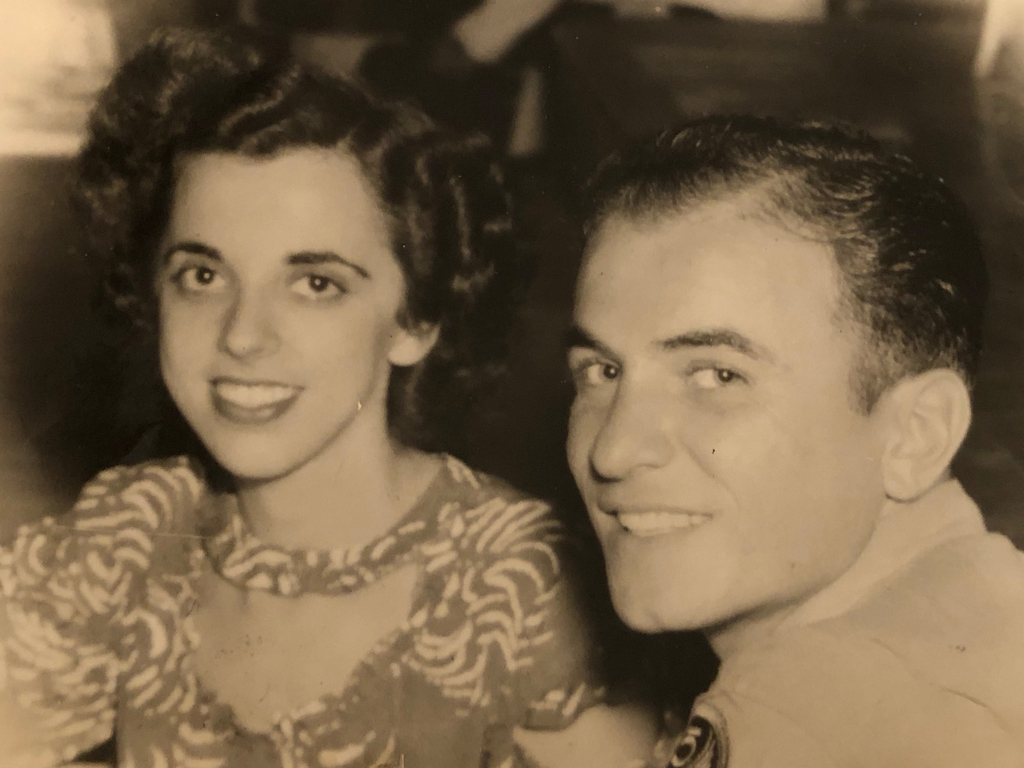 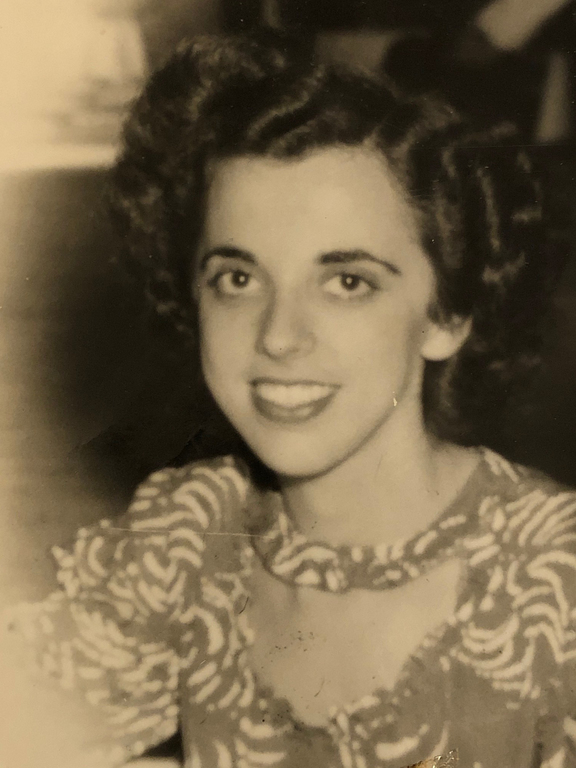 We encourage you to share any memorable photos or stories about Eleanor. All tributes placed on and purchased through this memorial website will remain on in perpetuity for generations.

We encourage you to share your most beloved memories of Eleanor here, so that the family and other loved ones can always see it. You can upload cherished photographs, or share your favorite stories, and can even comment on those shared by others.