To share your memory on the wall of Holly Hamlett, sign in using one of the following options:

Provide comfort for the family by sending flowers or planting a tree in memory of Holly Hamlett.

Provide comfort for the family of Holly Hamlett with a meaningful gesture of sympathy.

In lieu of flowers, donations may be made to Triple Negative
Breast Cancer Foundation.

To send flowers to the family or plant a tree in memory of Holly Ellen Hamlett, please visit our Heartfelt Sympathies Store.
Read Less

Receive notifications about information and event scheduling for Holly 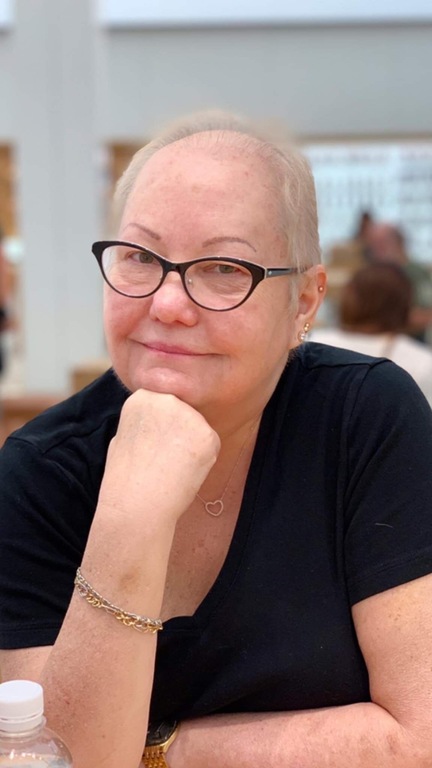 We encourage you to share any memorable photos or stories about Holly. All tributes placed on and purchased through this memorial website will remain on in perpetuity for generations.

For Holly’s Children & Family: Life is Truly Precious❣️ When I think of your mom Holly, I think How Blessed you both/all were to have had her as a devoted parent and kind family member. We had many heartfelt conversations, she would always be so proud to share about the two of you and your many accomplishments, new ventures & especially gushing over little 💙 Lars! I am forever grateful for the the few years I got to know your mom. Holly you touched my life, gave me hope and spoke the truth which was always refreshing ❤️ What eases the heartache is knowing you’re physically at peace. God has called you home... Until we meet again Holly... All my Prayers to all of you that you find comfort in her sincere memories, I know I will ❤️ God Bless❣️
Comment | Share Posted Jan 04, 2020 at 04:49pm via Condolence
L

Dearest, sweet Holly, triple negative breast cancer sister and survivor. Your sweetness, your humor and the way you made us feel so comfortable will live in all of us who you touched so deeply. Fly high with the Angels, Holly. Be even more blessed with Love, Light and Healing!
In loving remembrance of you, Holly
Laurie Mazzarella
One of The Girls
Comment | Share Posted Jan 01, 2020 at 02:51am via Condolence
M

Holly was an amazing woman who had touched so many lives, I am truly blessed to have known her. Love, Martha
Comment | Share Posted Dec 31, 2019 at 04:24pm via Condolence

I remember our first meeting...and how we instantly became friends. Thank you ...the world will sadly be without a sweet beautiful soul. Prayers for your family...
Comment | Share Posted Dec 27, 2019 at 11:23am via Condolence