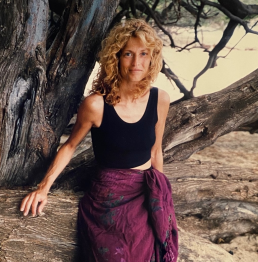 Marilyn Rubin, 70, of Los Angeles, California, passed away on February 26, 2022, in Oceanside, California.

A celebration of Marilyn’s life will be held at 12 pm on March 20, 2022 at Beverly Park at the Garland Hotel, North Hollywood, with Rabbi Mark Hyman of Congregation Tikvat Jacob officiating.

Marilyn was born in Los Angeles California to Leon and Sarah Rubin on June 13, 1951. She went to Foothill High School and graduated from San Francisco State University with a BFA in Theatre Arts. She then went on to earn her Juris Doctorate at Southwestern Law School. She was partners with Stephen Stills, and the two share a daughter, Alexandra Stills. Marilyn was later partners with Bill Eskridge. She worked for many years as an actress, singer and as a paralegal – but her favorite time was spent raising her daughter alongside Bill in Manhattan Beach, California. In recent years, she had led a quiet life in the foothills of Encinitas, California while working as a server at Cinépolis Movie Theater in Carlsbad. Marilyn was beloved by her co-workers. Her friends and family will forever remember her for her warmth, loyalty, sharp wit and generosity of spirit.

Marilyn is preceded in death by her parents, Leon and Sarah Rubin, and by her longtime partner, Bill Eskridge.

Marilyn is survived by her siblings Eileen and Barry Rubin, and her daughter, Alexandra Stills.

Flowers may be given on the day of the memorial to the Garland Hotel in Los Angeles. Marilyn’s family, the Rubin and Stills family, wish to extend our sincere thanks to the doctors and entire nursing staff of the Respiratory Department at Tri City Medical Center in Oceanside, California.

As Marilyn suffered from Pulmonary Fibrosis, we are asking for donations to be made in her honor to the Pulmonary Fibrosis Foundation. Also, as the Rubin family descends from Ukraine, we also ask that you consider making a donation to UNHCR, who are on the frontlines of aiding Ukrainian refugees.